Our tale today is a bitter one indeed: an epic battle between sweet wort and the bitter hops. In the end though, there is a truce where both are balanced. I know you might be thinking: What about IPAs, where hops clearly take control, or a light wheat ale where hops are less present? Well, the winner of the battle is ultimately determined by you, the brewer, and the style you hope to create.

What does it mean that hops are ‘bitter’? Well, hops contain two types of acids which give them their bitterness, known as alpha acids and beta acids. The act of boiling the hops allows them to release these acids and other flavors into the beer, much like mashing releases sugars in to the wort. While both beta and alpha acids contribute to a beer’s final taste, most sources focus on alpha acids, which tends to play the larger role.

It is worthy to note, that, historically speaking, hops were not the original ingredient used to bitter beer. Prior to hops a number of different herbs, spices, and other plants were used: Juniper, spruce, and ginger to mention only a few. Collectively these other ingredients were called gruit.

Hops can contain different degrees of bitterness, flavors, and aromas, which can balance or complement other hops and ingredients. Generally speaking, the higher the alpha acid in a hop variety, the more bitter the beer brewed with it will be. Also, the longer the boil, the more the bitterness from the hops will overtake the flavor and aroma. So-called bittering hops are added at the beginning of the boil, and will have all but the bitterness boiled off at the end. Flavor and aroma hops are added towards the end of the boil, thus preserving the aroma and flavors. Hops can be added at all stages throughout the boil, including right at the end (flameout hops), and even when the beer is in the secondary fermentation stage, a practice known as dry hopping, which is used to bring out the hop aroma more intensely.

Pine, earthy, citrusy, spicy among other flavors and aromas are present in different hops. So depending on your taste preferences and what style you are trying to simulate, the variety available to you is as broad as your imagination. I like to create my own recipes using a hop chart that gives the different hop characteristics and uses. Here’s a good example of the type of chart I like to use.

Varying the types and quantities of hops you use, and when you add them, allow you, the brewer, to craft your own creative flavors – so be adventurous and write your own bittersweet tale! 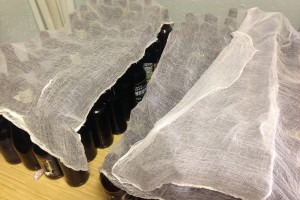 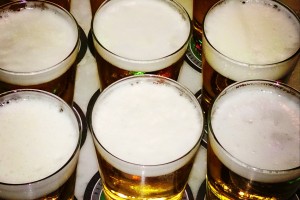 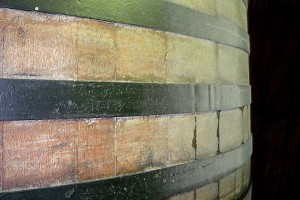 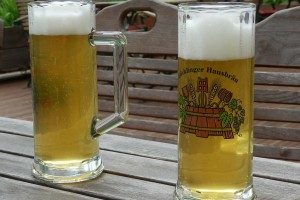